I know it’s already the next weekend, but I still wanted share my labor day weekend. Instead of going the usual party route and end up dead on Tuesday morning Winston and I decided to escape to the suburbs, to my bfs parent’s house, for a long relaxing weekend.

I love to get away from the city from time to time and Winston loves going because it means he gets to spend time running around the large yard with 6 other dogs. Yes, there are 6 dogs there. Being a city dog he doesn’t get much time to just run around and be wild.

Anyway, we went up later Friday evening and kicked off our weekend with a little Breaking Bad marathon (I am really behind on this one, but so far I’m addicted) and then heading to bed early. This is something so great about waking up refreshed on a Saturday morning and not hungover. The rest of the weekend went pretty much the same way. We had a BBQ on Saturday and then went to a classic scary movie marathon at the drive-in that night. Sunday included spending the day at the beach followed by a family dinner out and an early Monday morning brunch before we had to head back home. 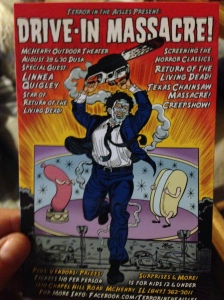 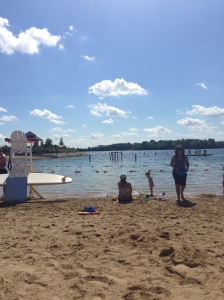 Throughout the weekend we spent a lot of the time hanging out with the bf’s niece and nephew, both of whom are adorable. Seeing as how I don’t have children of my own I am not used to spending so much time around them. It was fun, but exhausting. I quickly learned that no matter how cute they are you have to be able to tell them no or you get stuck playing Go Fish about 5 thousand times. I also learned that I need to remember to lock all doors because they will come barging in any room, it doesn’t matter if you are on the toilet. We looked for frogs, played basketball, watched football and baseball (try explaining football to a 5 year old it’s hilarious), and caught a snake (my bf and his dad caught the snake I want nothing to do with that).

All in all it was a wonderfully relaxing weekend and I have to say I sure learned a lot about spending time with a 5 year old and a 3 year old. Mainly hide your pizza because anything you have they want. 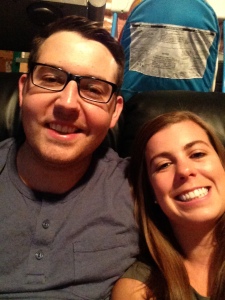